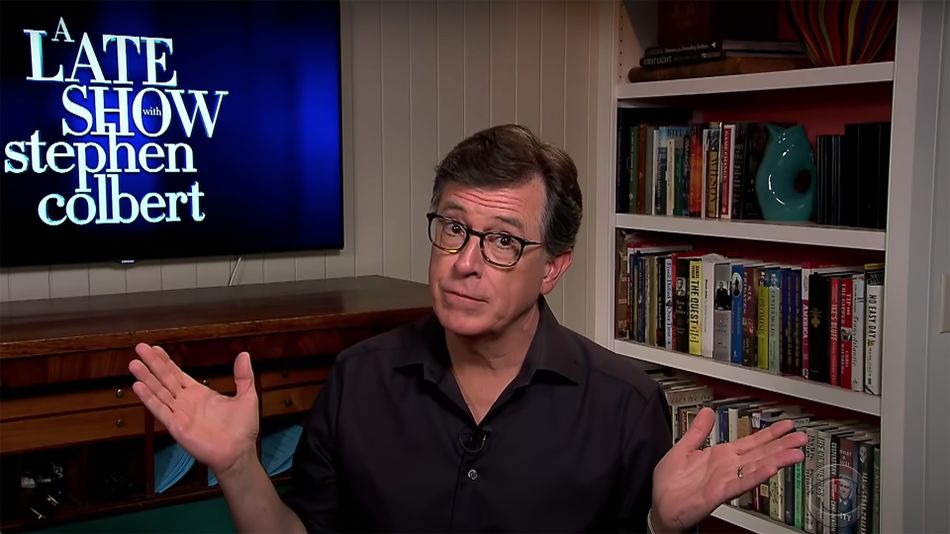 "Right now our country is in the middle of a fierce debate about listening to medical experts, or diving like a drunken frat boy into the gullet of a crocodile," says Stephen Colbert in the clip above, "which has led to a lot of family debates like this..."

Cue a dubbed scene from The Empire Strikes Back, featuring a disgruntled Darth Vader telling Luke Skywalker it's "perfectly safe" for him to go bowling.

Next, the Late Show host breaks down the recent troubling testimony of whistleblower Dr. Rick Bright, before playing some depressingly familiar interview footage of Trump casually trying to brush away the predicted death toll in the U.S. Read more...